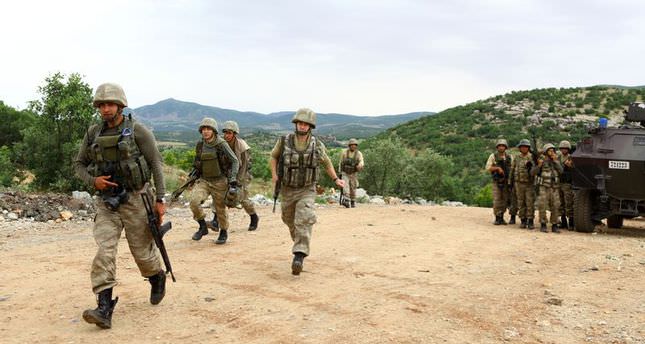 by Daily Sabah Jun 05, 2014 12:00 am
DIYARBAKIR — Three people were surrendered to security forces in the Southeastern province of Diyarbakır on Thursday.

According to initial reports, the abducted children were indentified as kidnapped by terror goroups.

A group of Kurdish mothers had started two weeks before a sit-in in the southeastern Turkish province of Diyarbakır, calling for the return of their children who were persuaded to join the terrorist organization PKK.