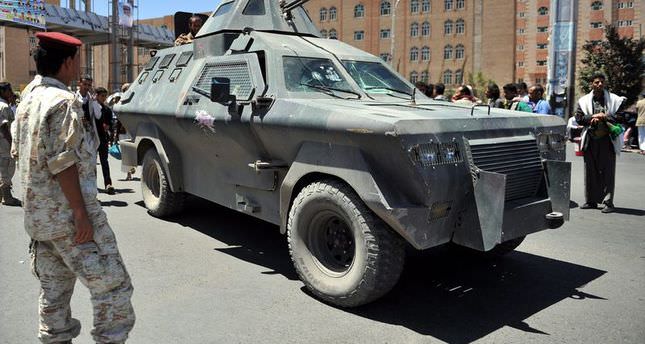 by AA Jun 05, 2014 12:00 am
SANA'A — Fifteen Yemeni soldiers were killed yesterday in an attack by suspected al-Qaeda militants in the southern Shabwah province, a local official said.

A local vigilante was also killed in the attack. No casualties were reported among the attackers.

The al-Qaeda group has not claimed responsibility for the attack and Yemeni authorities have yet to comment.

Yemen recently launched an offensive against suspected al-Qaeda elements in the south, where the group continues to stage sporadic attacks on army and police targets.

Yemen has been dogged by turmoil since pro-democracy protests in 2011 forced autocratic President Ali Abdullah Saleh to step down after 33 years in power.

In the three years since, authorities have struggled to restore law and order.