165 dead in clashes between Iraqi security forces and militants 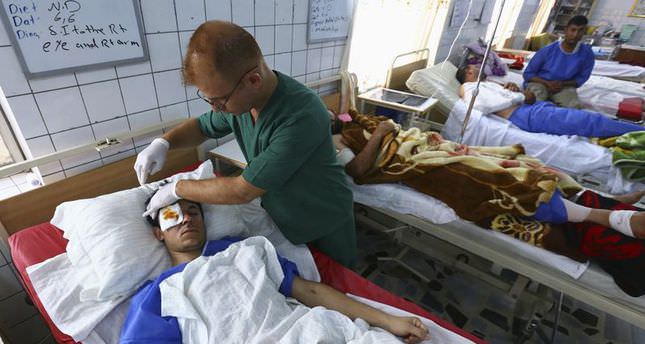 by Jun 07, 2014 12:00 am
MOSUL — Clashes between Iraqi security forces and militants killed at least 165 people in Mosul on Saturday, as heavy fighting in the northern city entered its second day, officials said.

Insurgents from the Islamic State of Iraq and the Levant (ISIL) attacked Anbar University, killing guards and blowing up a bridge leading to its main gate, police and state TV said.

After taking students and staff hostage, security forces surrounded the building and reportedly exchanged gunfire with the militants.

Saturday's deadly fighting came as jihadists took students and staff hostage at Anbar University in Ramadi, west of Baghdad, prompting an assault by security forces to try to free them.

Militants have stepped up their attacks in recent days.

So far this year, more than 4,400 people have been killed, according to AFP figures.

Officials blame external factors for the rise in bloodshed, particularly the civil war in neighboring Syria.

But analysts say widespread Sunni Arab anger with the Shiite-led government has also been a major factor.