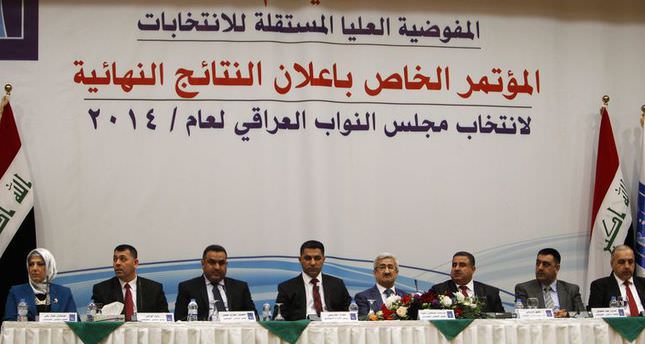 by AA
Jun 08, 2014 12:00 am
BAGHDAD The parliamentary bloc of Iraqi Shiite leader Muqtada al-Sadr said Sunday that it would join the opposition if Nouri al-Maliki assumed a third term as prime minister of Iraq.

"Al-Maliki's two previous terms tell us that he will not succeed in a third," Diaa al-Asadi, the secretary-general of al-Sadr's Ahrar bloc, told Anadolu Agency.

He said al-Sadr's bloc does not have a personal problem with al-Maliki but with his monopoly over independent agencies affiliated to the Iraqi parliament.

Al-Asadi added that by joining in the opposition to al-Maliki, Ahrar bloc will monitor the performance of his government.

Iraq's three main Shiite coalitions, including al-Maliki's State of the Law and Sadr's Ahrar, won 161 out of 328 seats in Iraq's parliament in the April's legislative election.

Al-Maliki's State of the Law insists that he must lead the new government, for a third term.

But several parliamentary blocs, including two partners in the Shiite coalition, oppose the move.

To get a third term in office, al-Maliki needs the support of 165 lawmakers.