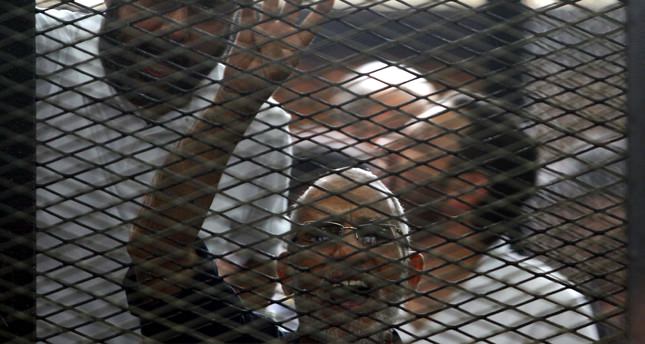 
The ten are part of a group of 48 defendants, including Brotherhood Supreme Guide Mohamed Badie, who are standing trial on charges of inciting violence in the Qalioubiya province last year.
The defendants face charges of blocking roads, inciting violence and attacking security forces on July 22 – some three weeks after the ouster of elected president Mohamed Morsi by the military.
Among the defendants referred to mufti – who were all tried in absentia – was senior Brotherhood leader Abdel-Rahman al-Bar, who is known as the Brotherhood mufti.
The same court also set July 5 as a date for issuing a final verdict in the case, the judicial source said.
Among other Brotherhood leaders charged in the same case are senior Brotherhood leader Mohamed al-Beltagi, former youth minister Osama Yassin, and former supply minister Bassem Ouda.
Members of the Muslim Brotherhood, the movement from which Morsi hails, have been the target of a mounting crackdown since Morsi's ouster by the army in July last year.
The army-backed interim government late last year designated the Brotherhood as a terrorist organization.
Thousands of Brotherhood members have been arrested on charges of incitement-to-violence and joining a "terrorist" group.
The defendants, however, deny the accusations, which they describe as "politically motivated".
Last Update: Jun 08, 2014 5:56 pm
RELATED TOPICS