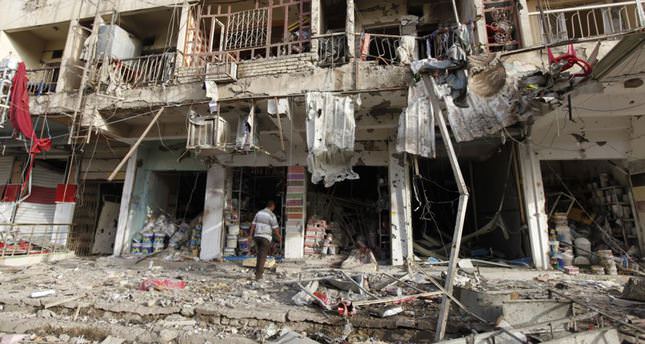 A double bombing at the offices of two Kurdish political parties north of Baghdad and other attacks in Iraq killed at least 29 people Monday, officials said.

The twin attack took place in the town of Tuz Khormato, about 200 kilometers (130 miles) north of Baghdad, when a suicide bomber drove his explosive-laden truck into a checkpoint leading up to the offices of the Patriotic Union of Kurdistan and the nearby Kurdistan Communist Party.

Mayor Shalal Abdoul said another truck bomb exploded, presumably detonated by remote control, as people rushed to the scene of the first attack. The blasts killed 21 people and wounded as many as 150, he said. Several houses and cars were destroyed in the attack.

It was the second double bombing at Kurdish offices in as many days. On Sunday, a suicide bomber and a car bomb explosion targeted PUK offices in the town of Jalula, northwest of Baghdad, in the ethnically mixed Diyala province, killing 19 people.

Also Monday, gunmen opened fire on a security checkpoint northeast of Baghdad, killing four soldiers and two police officers, police said. The shooting happened in the town of Kanaan, about 75 kilometers (47 miles) northeast of the capital.

And in Baghdad, gunmen killed a real estate agent after spraying his office with bullets in the city's west, police said. A bomb blast also killed a government employee in eastern Baghdad, police said.

Medical officials confirmed the casualties for all attacks. All officials spoke on condition of anonymity because they were not authorized to speak to journalists.

Police said a bomb on a boat destroyed a bridge on the Euphrates River linking a road between the city of Fallujah and southeastern Baghdad. No casualties were reported.

Last week, gunmen attacked the university near Ramadi city, detaining dozens of students inside a dorm. At that time, Karhout said hundreds of students were there. Several hours later, gunmen left the university under unclear circumstances. Students then boarded buses provided by the local government to flee the school.

Karhout said Monday that university authorities said about 15 staffers are still missing, likely held by a group of gunmen in a university building. More than $ 10 million were looted from the university safe, he said.

It wasn't clear how security forces missed a group of gunmen after sweeping the campus.

Iraq is grappling with its worst surge in violence since the sectarian bloodletting of 2006 and 2007, when the country was pushed to the brink of civil war despite the presence of tens of thousands of U.S. troops.

According to United Nations figures, 8,868 people were killed in Iraq in 2013. The U.N. mission said that May was the deadliest month so far this year, with 799 Iraqis killed in violence, including 603 civilians.

An al-Qaida splinter group, known as the Islamic State of Iraq and the Levant (ISIL), and other Sunni-led militant groups have strengthened their control over parts of Iraq's western Anbar province, including the city of Fallujah and parts of Ramadi, since late December. The government has made little if any progress in its campaign to dislodge them.