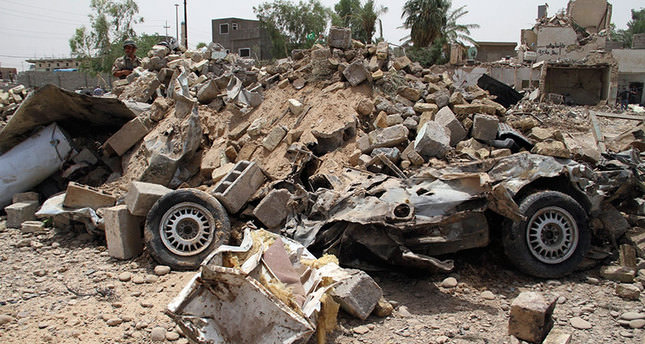 by AA Jun 09, 2014 12:00 am
BAGHDAD — Five people were killed and ten others injured on Monday when a booby-trapped car exploded in Iraq's eastern Diyala province, a security source has said.

The source, who asked not to be named, said the car bomb had gone off on a bridge connecting two towns in eastern Baqubah, provincial capital of Diyala.

He said a suicide bomber was also killed in the blast.

Iraq has been the scene of mounting violence in recent months.

While the army fights the Islamic State of Iraq and Levant (ISIL) group in Iraq's western and northern provinces, other parts of the country have suffered a spate of bombings, assassinations and attacks on police and army personnel.

The violence has also spread to capital Baghdad, which recently witnessed a string of bombings.