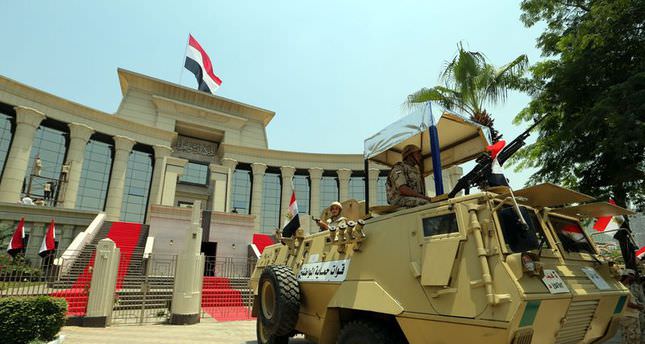 by AA Jun 09, 2014 12:00 am
CAIRO — An Egyptian court on Monday charged 112 supporters of ousted president Mohamed Morsi with one-year jail terms each for committing "acts of violence" in Cairo, a judicial source has said.

The defendants were convicted of rioting and committing violent acts during the third anniversary of Egypt's January 2011 uprising, which led
to the ouster of autocratic president Hosni Mubarak.

Since Morsi's ouster last July, Egypt's army-backed authorities have waged a harsh crackdown on supporters of Morsi and his embattled

Defendants, for their part, emphatically deny the charges, which they say are politically motivated.