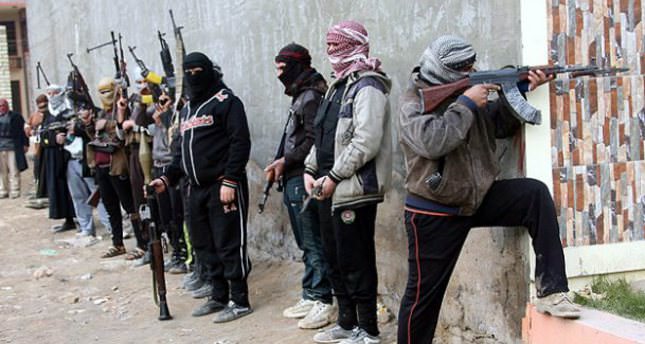 by AA Jun 09, 2014 12:00 am
DEYRU'Z ZOR — The al-Qaida group, the Islamic State of Iraq and Levant (ISIL), captured an oil field on Sunday in Syria's eastern Deir ez-Zor city, which was controlled by armed opposition forces.

According to the opposition-aligned MASAR news agency, the militants seized control over Kharta oil field after two days of fierce clashes in the region with the Syrian opposition group, Al-Mujahideen Brigades.

Reports say a fire erupted in an oil pipeline which was hit during the fighting.

The Syrian Revolution General Commission (SRGC) stated that the electricity and water supply had been cut off across the city early Sunday.

The Islamic State of Iraq and Levant is a hardline militant group fighting in the northern and eastern regions of war-torn Syria, in a bid to establish their own state. The group is also present in Iraq, as its name indicates.

Syria has been gripped by constant fighting since the regime launched a violent crackdown in response to anti-government protests in March 2011, triggering a conflict that has spiraled into a civil war.

Over two and a half million are registered as refugees in neighboring Turkey, Lebanon and Iraq.