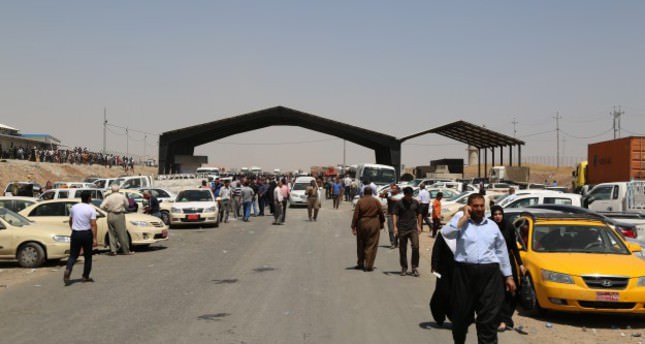 by AA Jun 10, 2014 12:00 am
Thousands of residents from Mosul have fled after the self-styled Islamic State of Iraq and the Levant (ISIL) reportedly seized the city, Iraq's second-largest.

The militants seized the northern part of the city Tuesday morning, a few hours after capturing the southern area, a security source told the Anadolu Agency.

Security forces withdrew as the ISIL overtook the city, the capital of the Nineveh province, the source said.

The residents gathered at a security checkpoint between the provinces of Irbil and Duhok which is controlled by Kurdish Peshmerga troops, who distributed food and water to them.

Rizgar Moustafa, the district governor of Khabat, an autonomous Kurdish region in northern Iraq, told the Anadolu Agency that people had flooded into the region overnight.

Nechirvan Barzani, prime minister of Iraq's Kurdish regional government, accused the Iraqi army of failing to provide security in Mosul, and said Peshmerga forces had been put on alert to provide safety for the fleeing residents.

Barzani called on his nationals to help and support Mosul's refugees.

Earlier, Halgurd Hikmet, a Peshmerga spokesman, said the Kurdish regional government had dispatched forces to the border regions between the provinces of Mosul and Irbil to protect Kurdish people living in Mosul.

There have been no reports of clashes between Peshmerga troops and ISIL militants.

About 20 Turkish truck drivers transporting fuel were also seized by the militants after the ISIL reportedly raided an electricity generation plant in the northern Gyarah region.