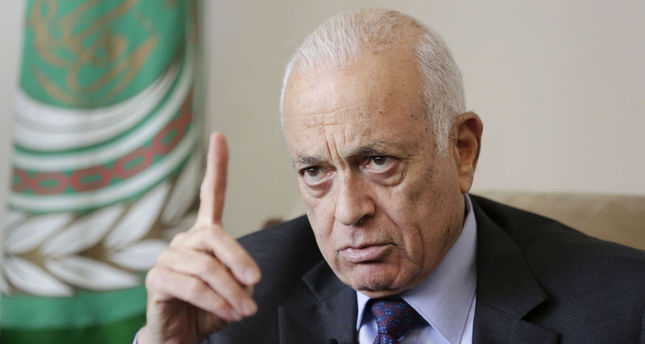 by AA
Jun 11, 2014 12:00 am
CAIRO — Arab League Secretary-General Nabil al-Arabi on Tuesday condemned what he described as the "criminal activities" committed by the militant Islamic State of Iraq and Levant (ISIL) group in the northern Iraqi city of Mosul.

In a statement, al-Arabi called for rallying Iraqi efforts to counter all forms of terrorism.

The Arab League chief also underlined the need "to achieve national consensus in Iraq at this critical time, which threatens Iraq's security and political stability."

Iraqi security forces had withdrawn from their positions as ISIL militants captured Mosul, the provincial capital of Iraq's Nineveh province.

The country has seen a marked uptick in violence in recent months, which the government blames on the ISIL, accusing the group of having links with Al-Qaeda.