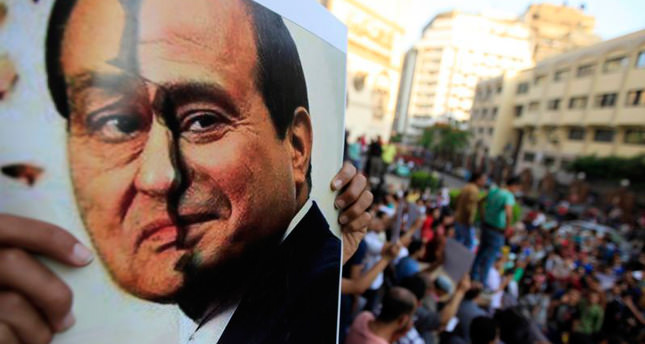 by Anadolu Agency Jun 11, 2014 12:00 am
An Egyptian court sentenced leading activist Alaa Abdel Fattah to 15 years in jail on Wednesday for violating a protest law and on other charges, his lawyer said.

Abdel Fattah was a symbol of the 2011 uprising against President Hosni Mubarak. Twenty four other people were also sentenced to 15 years in jail on similar charges.

The ruling came three days after former army chief Abdel Fattah al-Sisi was inaugurated as president, nearly a year after he toppled the country's first freely-elected leader, Mohamed Mursi of the Muslim Brotherhood.

Since Mursi's fall, security forces have killed hundreds of Brotherhood supporters and arrested thousands of others.

They have also rounded up secular activists like Abdel Fattah, raising concerns the authorities are turning the clock back to the Mubarak era, when any form of dissent was risky.

The protest law passed last year heightened fears about the future of political freedoms in Egypt. It gives the Interior Ministry the right to ban any meeting of more than 10 people in a public place. Rights groups say it is deeply repressive.

Western allies have voiced concerns about human rights abuses in Egypt but have not taken strong measures in protest.