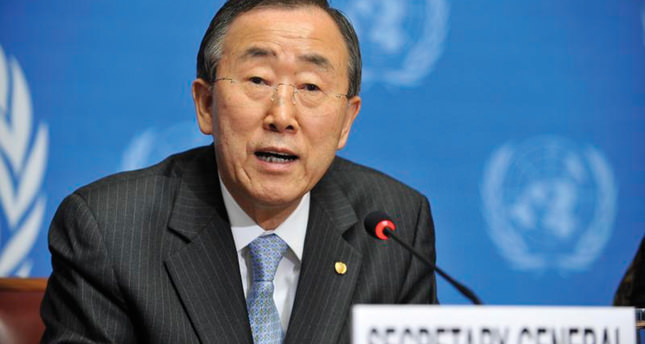 by Jun 11, 2014 12:00 am
NEW YORK — UN Secretary General Ban Ki-moon has called for an immediate release of Turkish diplomats kidnapped by al-Qaeda linked militants in Iraq.

"I was shocked to hear that the terrorists have kidnapped the consul general of Turkey and many diplomatic officers, who were working in Mosul," Ban told a meeting on counterterrorism in New York on Wednesday.

"No such attack on diplomatic officers and civilians can be justified under any circumstances or under any reason," he said.

He also urged the government of Iraq and the international community to be united in bringing the perpetrators to justice and to do everything possible to have the diplomatic officers released.