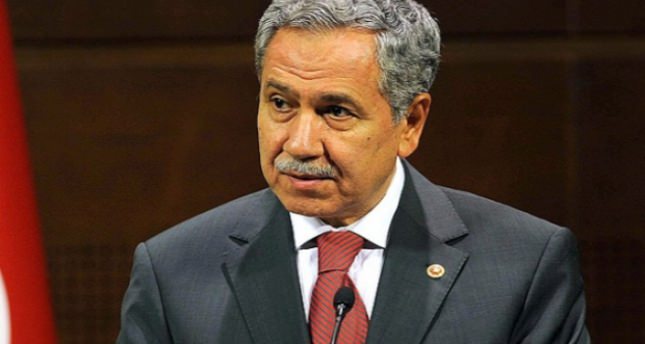 by Daily Sabah Jun 12, 2014 12:00 am
Turkey's Deputy Prime Minister Bülent Arınç said yesterday that they are closely following the worrisome situation in Mosul. "Unfortunately, [Bashar] Assad closed his eyes to certain organizations to secure his position in the midst of the Syrian war heading to its fourth year.

Some of these organizations support Assad, while the others have different purposes. Among them, there are also organizations affiliated with either al-Qaida or independent radical units. ISIL previously attempted to blockade the Suleiman Shah tomb situated in northern Syria. They are now trying to occupy Mosul. Nouri al-Maliki has declared a state of emergency, but his army abandoned Mosul, leaving the city defenseless. Turkey will never give permission for such radical groups to gain strength and control over the Turkmen people regardless of their belief and sects. Our officials are also following the Turkish truck drivers taken hostage in Mosul." Speaking about the abducted Turkish truck drivers he said: "The number of the truck drivers has increased. I hope they will be released soon."
Last Update: Jun 12, 2014 1:43 am
RELATED TOPICS