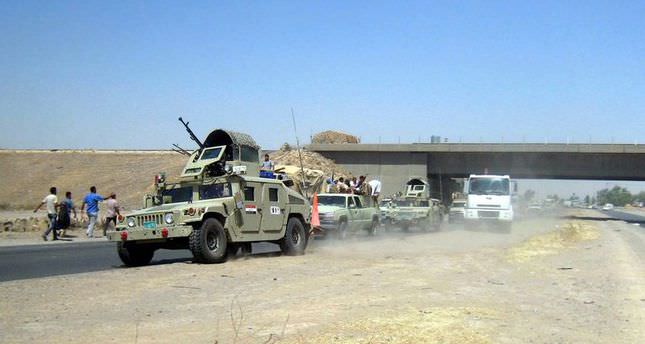 by Jun 12, 2014 12:00 am
Iraqi Kurds seized control of the northern oil city of Kirkuk on Thursday, while surging Sunni Islamist rebels advanced towards Baghdad, as the central government's army abandoned its posts in a rapid collapse that has lost it control of the north.

Peshmerga fighters, the security forces of Iraq's autonomous Kurdish north, swept into Kirkuk after the army abandoned its posts there, a peshmerga spokesman said.

"The whole of Kirkuk has fallen into the hands of peshmerga," said Jabbar Yawar. "No Iraqi army remains in Kirkuk now."

Kurds have long dreamed of taking Kirkuk, a city with huge oil reserves just outside their autonomous region, which they regard as their historical capital. The swift move by their highly organized security forces demonstrates how this week's sudden advance by fighters of the Al Qaeda offshoot Islamic State of Iraq and the Levant (ISIL) has redrawn Iraq's map.

Since Tuesday, black clad ISIL fighters have seized Iraq's second biggest city Mosul and Tikrit, hometown of former dictator Saddam Hussein, as well as other towns and cities north of Baghdad. They continued their lightning advance on Thursday, moving into towns just an hour's drive from the capital.

The army of the Shi'ite-led government in Baghdad has essentially fled in the face of the onslaught, abandoning buildings and weapons to the fighters who aim to create a strict Sunni Caliphate on both sides of the Iraq-Syria frontier.

Security and police sources said militants now controlled parts of the small town of Udhaim, 90 km (60 miles) north of Baghdad, after most of the army troops left their positions and withdrew towards the nearby town of Khalis.