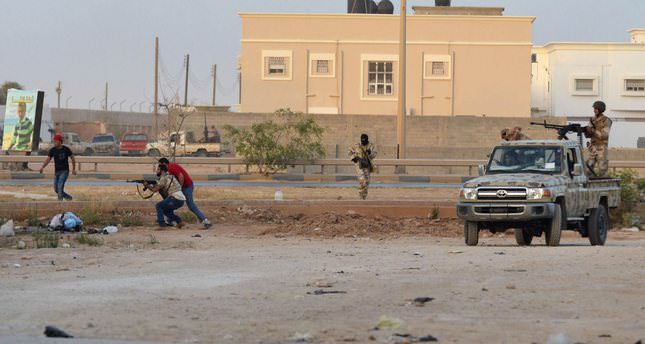 Ansar al-Sharia was drawn up from ex-revolutionaries following the 2011 ouster and death of longtime strongman Muammar Gaddafi.

BENGHAZI — A Libyan Islamist militia has reiterated readiness to give up arms if the application of Islamic law is enshrined in the country's new constitution.

"The Ansar al-Sharia is ready to give up its arms if the new constitution guarantees the application of Islamic sharia," militia leader Mohamed al-Zahawi told the private Free Libya television late Wednesday.

He said that his group would be subject to the country's law "if sharia is applied."

Al-Zahawi denied, meanwhile, any involvement by his group in almost daily assassinations in the eastern city of Benghazi.

"We are ready to take responsibility if investigations proved that any of our people were ever involved in Benghazi assassinations," he said.

Ansar al-Sharia was drawn up from ex-revolutionaries following the 2011 ouster and death of longtime strongman Muammar Gaddafi.

But the government describes his move as an attempt coup against constitutional legitimacy.