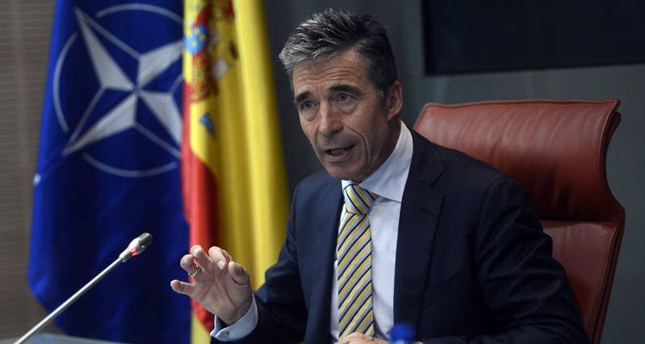 by Jun 12, 2014 12:00 am
NATO chief Anders Fogh Rasmussen demanded Thursday the immediate release of 49 Turkish citizens snatched from a consulate in Iraq's northern city of Mosul.

"We urge the hostage takers to release the hostages immediately," the NATO secretary general told a news conference during a visit to Madrid. "Nothing can justify this criminal act."