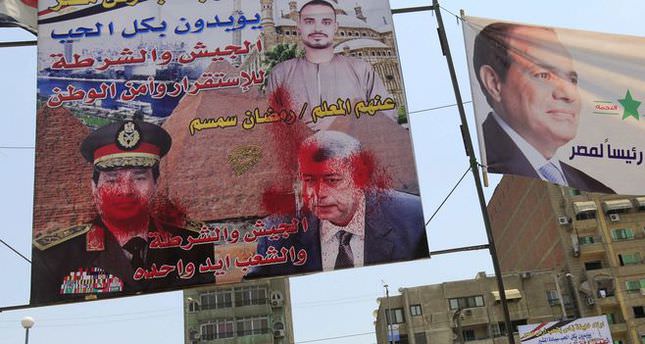 by Jun 13, 2014 12:00 am
Wearing sporting gear including cycling gloves, President Abdel Fattah al-Sisi asked Egyptians on Friday to cycle and walk more to help the cash-strapped government that spends tens of billions of dollars a year on fuel subsidies.

The former army chief gave one of his first speeches since last Sunday's inauguration to several hundred Egyptians on bicycles at a military college in the capital Cairo before taking part in a cycling marathon.

Cyclists are rarely seen in Cairo where chaotic traffic regularly clogs up large parts of the city.

Egypt spent about 170 billion Egyptian pounds ($24 billion), or around a fifth of its budget, on energy subsidies this fiscal year ending June 30, state media quoted the government as saying this month, and plans to cut that to 104 billion next year.

Energy prices in Egypt are among the lowest in the world and although successive governments have called for subsidy reform none have dared impose big price rises for fear of unrest.

"If you use your car, you pay around 4 pounds for 20 or 25 kilometers (15 miles) and Egypt pays 8 pounds for those 20 kilometers," Sisi said in a speech broadcast by state media.

Power generation in Egypt is largely dependent on natural gas, now in short supply after long-term policy decisions on investment have been put off repeatedly, partly due to three years of political turmoil and uprisings in the region.

Sisi deposed elected President Mohammed Morsi in July following mass unrest against his rule and won more than 96 percent of the vote in elections last month.