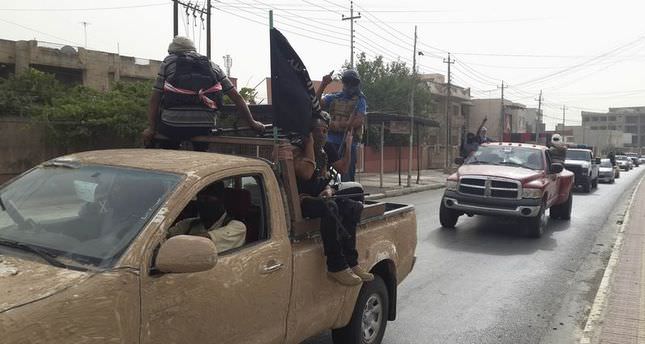 by Jun 13, 2014 12:00 am
Rebel fighters captured two more Iraqi towns overnight in a relentless sweep south towards the capital Baghdad in a campaign to recreate a mediaeval caliphate carved out of fragmenting Iraq and Syria.

U.S. President Barack Obama threatened military strikes against the radical Islamic State of Iraq and the Levant on Thursday, highlighting the gravity of ISIL's threat to redraw borders in an oil-rich region with the risk of any new entity turning into a launch-pad for attacks on Western interests.

In the spreading chaos, Iraqi Kurdish forces seized control of Kirkuk - an oil hub just outside their autonomous enclave that they have long seen as their traditional capital - as Iraqi government troops abandoned posts in panic over ISIL's advance.

Thrusting further to the southeast after their lightning seizure of the major Iraqi city of Mosul in the far north and the late dictator Saddam Hussein's hometown of Tikrit, ISIL entered two towns in Diyala province bordering Iran.

Saadiyah and Jalawla had fallen to the Sunni Muslim insurgents after government troops fled their positions, along with several villages around the Himreen mountains that have long been a hideout for militants, security sources said.

The Iraqi army fired artillery shells at Saadiyah and Jalawla from the nearby town of Muqdadiya, sending dozens of families fleeing towards Khaniqin near the Iranian border.