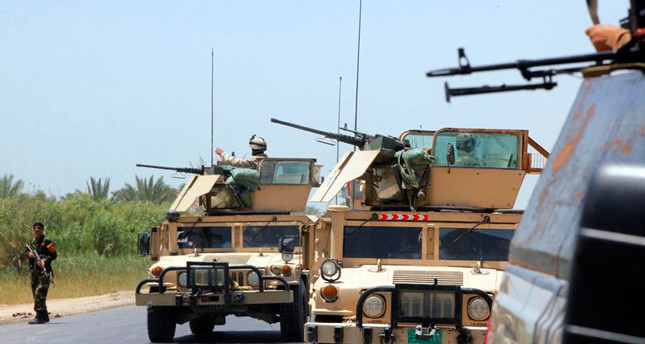 by AA Jun 15, 2014 12:00 am
Self-claimed Islamic State in Iraq and Syria ISIS militants have taken control of the Al Sejer region north of Fallujah, according to tribal sources.

Five Iraqi soldiers were killed and 10 injured in the fighting which lasted for hours on Saturday, said the sources.

"Iraqi army troops started withdrawing from most of Fallujah regions, with no clear reason, which allowed the armed groups led by ISIS militants to restore most of these areas without fighting for it, especially the eastern areas of Fallujah," said the sources, who declined to be named.

The armed insurgents also captured an unidentified number of Iraqi soldiers and took their arms, vehicles and equipment.

The Iraqi army had restored control over Al Sejer about a month ago after it was taken over by ISIS militants early in 2014.