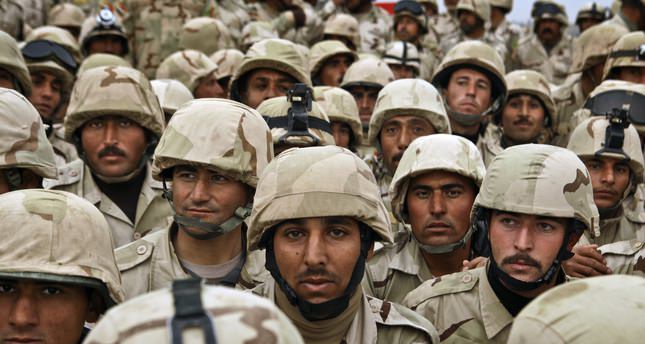 by AA Jun 15, 2014 12:00 am
BAGHDAD — Twelve people have been killed and 29 others injured in a suicide bomb blast in central Baghdad, according to Iraqi security officials.

The attack on Sunday came as Iraq continues to suffer an increase in sectarian violence between Sunni and Shia Muslims, which the Iraqi government has blamed on the Islamic State of Iraq and the Levant.

A security official told Anadolu Agency: "The suicide bomber, wearing an explosive belt, blew himself up at noon today, near the shrine of Sheikh Abdul Qadir Al-Kilani, killing 12 civilians and wounding 29 others."

He said the shrine was frequented by Shia in central Baghdad and security forces had closed off the scene and transferred the bodies of the dead and injured to a nearby hospital.

Baghdad has recently been suffering acts of violence, including car bombs and improvised explosives, almost continuously, resulting in the death and injury of dozens of citizens and members of the security forces.

The Islamic State of Iraq and the Levant militants, which developed into a formidable force inside Syria, extended its reach in Iraq after gaining near-complete control of the northern Iraqi city of Tikrit and seizing Mosul, Iraq's second-largest city on Tuesday.