Iraqi Turkmens take up arms in fight against ISIS 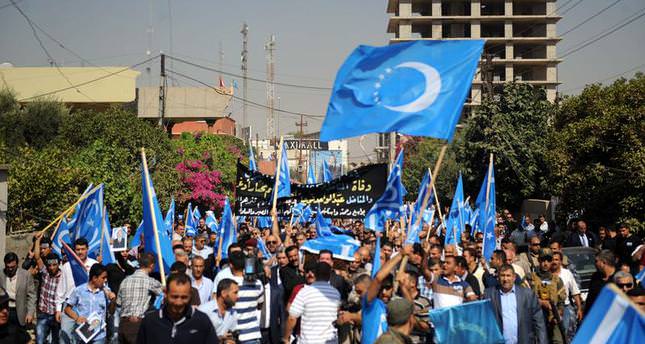 by AA Jun 16, 2014 12:00 am
The Turkmen community in Iraq's northern city of Kirkuk have begun to take up arms after militants linked with the Islamic State of Iraq and Syria (ISIS) reportedly captured the Turkmen-majority city of Tel Afar.

"Turkmens have the right to use weapons to protect themselves and they will do so," said Iraqi Turkmen Front Leader Ershad Salihi during a press conference attended by armed Turkmen fighters.

"None of the sides will come out with a victory," he said. "Iraqi people have suffered, but Turkmens have been the most negatively affected by the recent developments in the country."

Unrest in northern and western parts of Iraq began last week after ISIL militants, along with other armed groups, seized Iraqi northern city of Mosul.

ISIS, which already had control of parts of Syria, has extended its reach into Iraq since June 10, when it seized Iraq's second-largest city Mosul and soon afterwards took near-complete control of the northern Iraqi city of Tikrit.