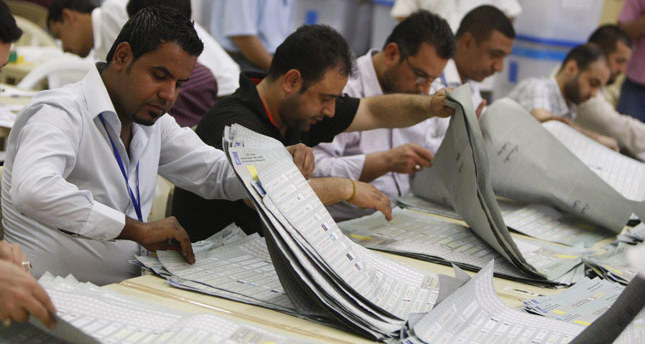 by AA Jun 16, 2014 12:00 am
BAGHDAD — Iraq's supreme court ratified the results of the April 30 parliamentary elections on Monday.

"The court has approved the results of the elections except for four candidates who have ongoing trials against them," Supreme Judicial Council spokesperson Abdul Sattar Bayraktar told Anadolu Agency.

The State of Law bloc led by Prime Minister Nouri Al-Maliki won the the parliamentary elections, taking 92 of the 328 seats.

Predominantly Shia al-Muwatin ended up with 29 seats, while the Mutahidoun bloc of Sunni Muslims got 23 seats.

Al-Maliki needs support from 165 lawmakers to lead the next government in what would be his third term as prime minister.

On April 30, some 12 million Iraqis-except those in the violence-wracked Anbar province-cast ballots in parliamentary polls contested by a total of 9,200 candidates.