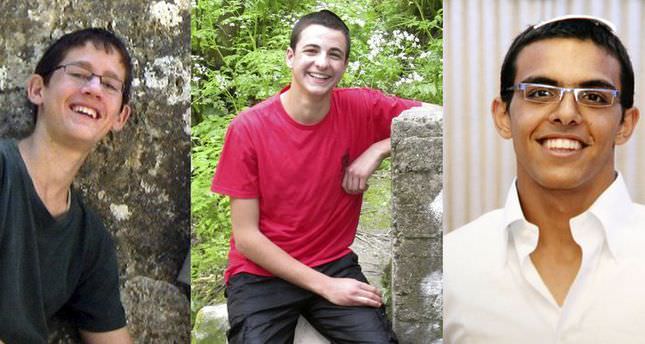 by Jun 16, 2014 12:00 am
Israeli armed forces swept through half a dozen Palestinian towns on Monday and arrested more Hamas officials, expanding a search for three teenagers into a crackdown on the Islamist group accused of abducting them.

Israel says members of Hamas, which signed a unity deal with Palestinian President Mahmoud Abbas in April, kidnapped the three seminary students. They disappeared on Thursday after leaving a Jewish settlement in the occupied West Bank.

"We have a goal, and that is to find these three boys and bring them home, and to hit Hamas as hard as possible - and that is what we are going to do," Gantz said in broadcast comments, at a meeting with army officers.

"We are on our way toward a significant campaign. We will get our plans in order."

Prime Minister Benjamin Netanyahu, who broke off peace talks with Abbas after the Palestinian reconciliation pact, held a rare telephone conversation with the Western-backed Palestinian leader on Monday.

The prime minister's office said in a statement that Netanyahu told Abbas he expected him to help in efforts to find Gil-Ad Shaer and U.S.-Israeli national Naftali Frankel, both 16, and Eyal Yifrah, 19.