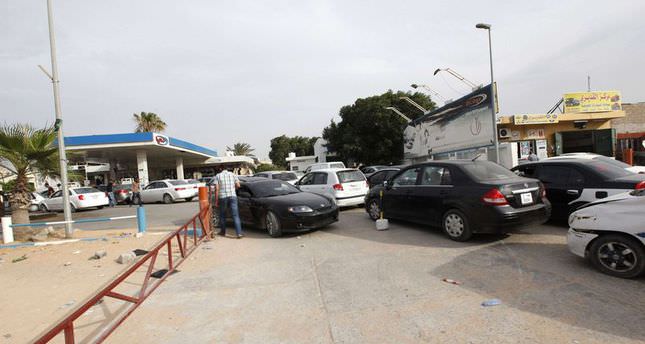 by reuters Jun 16, 2014 12:00 am
Libya is deploying special forces to protect petrol stations in the capital Tripoli packed by angry motorists trying to refill, the government said, as the state oil firm struggles to bring in fresh supplies.

Petrol stations across Tripoli have seen for almost two weeks queues stretching sometimes kilometres, adding to the frustration of Libyans exhausted by chaos and violence.

Libya's state oil firm says it has sufficient supplies but a lack of security at petrol stations makes it difficult to bring in fresh supplies. Residents say some of the fuel is being sold on the black market.

The government said in a statement posted late on Sunday it had agreed with Tripoli's security headquarters to deploy the interior ministry's special forces to protect petrol stations.

Libya is in turmoil as the government struggles to control militias who helped oust Muammar Gaddafi in 2011 but now defy state authority.

It has struggled to keep the 120,000 barrels a day Zawiya refinery that supplies western Libya running after protesters closed the El Sharara oilfield which supplies it.

The government has been forced to use its two offshore fields to keep Zawiya running. But this will further reduce exports, which have fallen to less than 200,000 barrels per day from 1.4 million bpd when the protests started in July, eroding public finances.