US, Iran near talks on Iraq militants 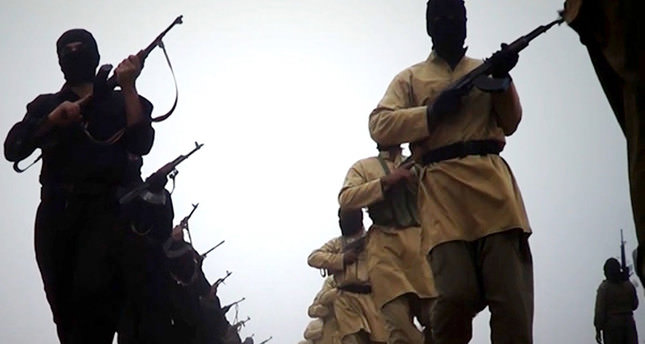 by Jun 16, 2014 12:00 am
The United States is preparing to launch direct talks with Iran on how the longtime foes can halt a radical insurgency that has seized a swathe of Iraq, The Wall Street Journal reported.

Set to begin next week, the dialogue comes with Shiite Iran's neighbor mired in crisis once more with self-proclaimed Islamic State of Iraq and Syria (ISIS) militants seizing a large swathe of Iraq and advancing toward Baghdad.

"We haven't engaged and (have) nothing to preview," a US official told AFP.

But there is a prevailing sense in Washington that the United States has not ruled out talks with Tehran either. The White House, while declining to comment on the Journal's report, did not deny it.

Deputy Secretary of State William Burns, who has led back-channel negotiations with Iran, traveled to Vienna, where he will join Under Secretary for Political Affairs Wendy Sherman, the State Department said.

Washington has responded to the sweeping unrest by deploying an aircraft carrier group to the Gulf, and President Barack Obama is weighing possible military options while ruling out any return of US combat troops to Iraq.

And Iran's President Hassan Rouhani made a surprise announcement over the weekend that Tehran may consider cooperating with Washington to fight the ISIS militants in Iraq.

Both countries have promised military support to Iraq if requested.

US officials told the Journal, which published the report on its website Sunday for Monday's print edition, that it was not yet clear which diplomatic channel the Obama administration would use to discuss the Iraq crisis with Iran.

But one possibility would be through Vienna, where US and Iranian diplomats are due to meet starting Monday for international talks seeking to clinch an agreement on limiting Iran's nuclear capabilities.

Some US officials were skeptical about any potential progress that could be made in Iraq with Tehran, which has a different vision for its neighbor than Washington.

"This is a case where the enemy of our enemy is still our enemy," a US defense official who has worked extensively in Iraq told the Journal. "Any shared interests in Iraq are limited."

In a sign of the seriousness of the threat from ISIS, tweets attributed to the militants claimed they had killed 1,700 Shia soldiers.

The United States denounced the "horrifying" massacre, which has not yet been independently confirmed.