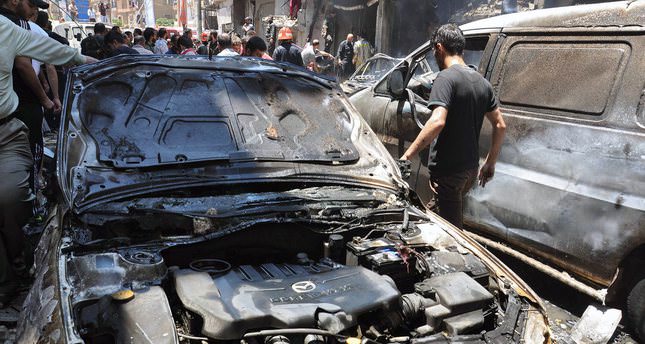 BEIRUT — Activists say a car bomb has exploded in eastern Syria near the border with Iraq, killing at least five people, including a local rebel commander.

The Britain-based Syrian Observatory for Human Rights says Tuesday's bombing occurred in the eastern province of Deir el-Zour near the offices of the al-Qaida-linked Nusra Front and another group, Ahrar al-Sham.
The Observatory, which relies on a network of activists on the ground, says an Ahrar al-Sham commander in the area and an Islamic judge affiliated with the Nusra Front were among those killed in the blast.
There was no claim of responsibility for the bombing.
The two groups have fought against a rival Islamic faction, known as the Islamic State of Iraq and the Levant, in Syria's oil-rich province since April.
Last Update: Jun 17, 2014 12:27 pm
RELATED TOPICS