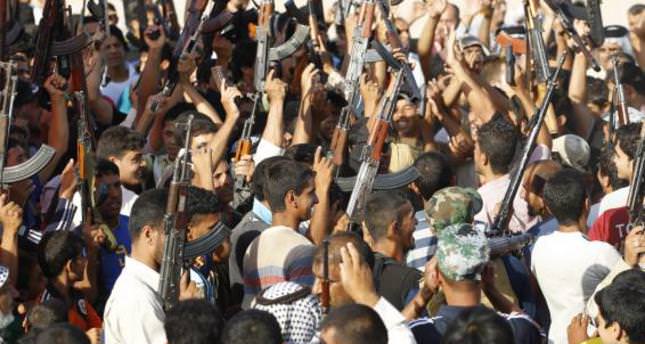 by Jun 17, 2014 12:00 am
Iraq's Shi'ite rulers defied Western calls on Tuesday to reach out to Sunnis to defuse the uprising in the north of the country, declaring a boycott of Iraq's main Sunni political bloc and accusing Sunni power Saudi Arabia of promoting "genocide".

Washington has made clear it wants Prime Minister Nuri al-Maliki to embrace Sunni politicians as a condition of U.S. support to fight a lightning advance by forces from the Islamic State of Iraq and the Levant.

But the Shi'ite prime minister has moved in the opposite direction, announcing a crackdown on politicians and officers he considers "traitors" and lashing out at neighbouring Sunni countries for stoking militancy.

The latest target of his government's fury was Saudi Arabia, the main Sunni power in the Gulf, which funds Sunni militants in neighbouring Syria but denies it is behind ISIL.

"We hold them responsible for supporting these groups financially and morally, and for the outcome of that - which includes crimes that may qualify as genocide: the spilling of Iraqi blood, the destruction of Iraqi state institutions and historic and religious sites," the Iraqi government said of Riyadh in a statement.

Maliki has blamed Saudi Arabia for supporting militants in the past, but the severe language was unprecedented. On Monday Riyadh blamed sectarianism in Baghdad for fuelling the violence.

In the latest bloodshed, scores of Iraqis were killed on Tuesday during a battle for a provincial capital, and fighting shut the country's biggest oil refinery, starving parts of the country of fuel and power.