US, Iran to engage in direct talks on Iraq 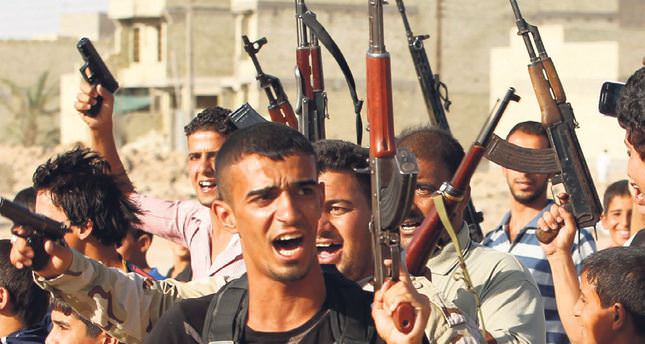 As militant groups are bent on continuing their march forward, old adversaries Iran and the U.S. share a common interest over the security situation in Iraq. The possibility of direct talks between the U.S. and Iran in an attempt to resolve the crisis shows that both sides favor stability in the region

The threat posed by ISIS to regional security has forced Iran and the U.S. to take a common stance, with the officials in both countries
readying to hold direct talks.

The growing threat posed by the militants of the Islamic State in Iraq and Sham (ISIS), who are endangering regional stability in the Middle East has led Iran and the United States, often thought of as adversaries, to take a common stance regarding the Iraqi crisis, as is suggested by U.S. preparations to hold direct talks with Iran. The two countries announced earlier that they would support the Iraqi central government to enable Iraqi troops in their battle with antigovernment fighters led by the powerful ISIS militant group.

However, after the deployment of the USS George HW Bush aircraft carrier to the Gulf, accompanied by two more warships, Iranian Foreign Ministry Spokeswoman Marziyeh Afkham said yesterday that Iran would be opposed to any U.S. military intervention in Iraq.

According to the official news agency IRNA of Iran, Afkham commented on a possible military intervention saying, "evidence shows that the U.S. is trying to misuse the status quo in Iraq and disrupt the outcome of the election." "With no doubt the recent incidents are linked to the goal of influencing and changing the political trend of Iraq," said Afkham.

Meanwhile, the reports show that three battalions of Quds Forces were deployed to the western border to fight alongside the Iraqi army, offering military assistance despite Iranian President Hassan Rouhani's denial of reports claiming some of Iran's elite forces are helping bolster Iraqi troops.

Amid increasing support to resolve the crisis, the latest reports show that Iraq's Air Force launched military operations yesterday targeting the strongholds of ISIS militants and their allies in northern Iraq's Salahuddin province. This was done in an attempt to regain control of the region and provide stability for both Iraq and the Middle East region.

Al-Maliki had called on citizens to arm against ISIS, a call that was repeated by the country's highest Shiite religious authority, Ayatollah Ali al-Sistani, in order to urge many people to participate in the battle against the militants and retake territory captured by ISIS. The terrorist organization currently occupies most parts of four provinces north of Baghdad, however, ISIS fighters continue to seize the northern city of Tal Afar advancing towards the capital Baghdad.

After ISIS claim over the kiliing of 1,700 Iraqi security forces, U.S. State Department Spokeswoman Jen Psaki stated that "the claim by the Islamic State of Iraq and Sham that it has massacred 1,700 Iraqi Shia air force recruits in Tikrit is horrifying and a true depiction of the bloodlust that these terrorists represent." "While we cannot confirm these reports, one of the primary goals of ISIS is to set fear into the hearts of all Iraqis and drive sectarian division among its people," said Psaki in her statement.

Considering the security threats in the region, the U.S. also announced yesterday that they would begin evacuating U.S. staff from Baghdad and relocating them to safer areas due to ongoing violent advances by ISIS. It was announced that some staff will be sent to U.S. consulates in the southern port city of Basra, and the northern Kurdish regional capital of Irbil, both of which have been insulated from the recent unrest. Others would be flown to the U.S. embassy in Amman, Jordan.

Following the seizure of the Turkish consulate in Mosul, ISIS' unstoppable advance towards the capital city and the fact that the security of the region has been handed over to militants and rebel groups, growing security concerns over the region have been raised. Because Iraqi troops have been insufficient in repelling the ISIS onslaught security remains a significant issue for many residing in Iraq.

The Turkish consulate in the Iraqi city of Mosul was stormed on Wednesday by ISIS militants and 49 people, including the head of the diplomatic mission, the consulate staff and their families were taken hostage. This drew international condemnation from the U.N.
Security Council along with Germany, Russia, the U.S. and the U.K., calling for the release of hostages and urging member countries to impose sanctions against the rising insurgency of the militant group.
Last Update: Jun 17, 2014 1:07 am
RELATED TOPICS