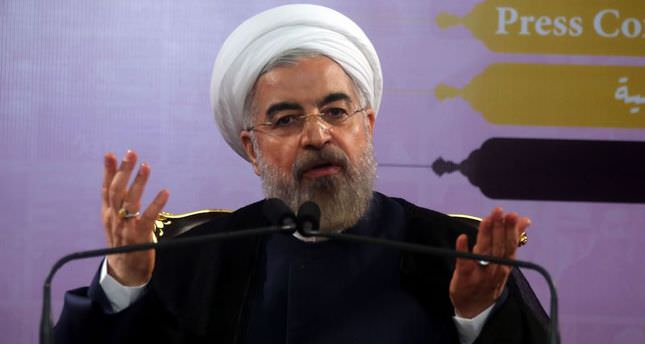 by Jun 18, 2014 12:00 am
Iran's president vowed on Wednesday to defend Shi'ite holy sites in Iraq, where Sunni militants battled their way into the biggest oil refinery in what is rapidly turning into a sectarian war across the frontiers of the Middle East.

Sunni fighters were in control of three quarters of the territory of the Baiji refinery north of Baghdad, an official said there, after a morning of heavy fighting at gates defended by elite troops under siege for a week.

A lightning advance has seen Sunni fighters rout the Shi'ite-led government's army and seize the main cities across the north of the country since last week.

The fighters are led by the Islamic State of Iraq and the Sham which aims to build a caliphate ruled on mediaeval precepts, but also include a broad spectrum of more moderate Sunnis furious at what they see as oppression by Baghdad.

Washington and other Western capitals are trying to save Iraq as a united country by leaning hard on Shi'ite Prime Minister to reach out to Sunnis.

Maliki met Sunni and Kurdish political opponents overnight, concluding with a frosty, carefully-staged joint appearance at which an appeal for national unity was read out.

But so far Maliki's government has relied almost entirely on his fellow Shi'ites for support, with officials lashing out at Sunni political leaders as traitors. Extra-legal Shi'ite militia - many believed to be funded and backed by Iran - have mobilized to halt the Sunni advance, as Baghdad's million-strong army, built by the United States at a cost of $25 billion, crumbles.

Overt participation by Iran, the Middle East's main Shi'ite power which fought a war that killed a million people against Iraq in the 1980s, would transform the fight into a conflict spanning the frontiers of the region.

Speaking on live television to a crowd, Iran's President Hassan Rouhani made the clearest declaration yet that Tehran was prepared to mobilize.

"Regarding the holy Shia shines in Karbala, Najaf, Kadhimiya and Samarra, we announce to the killers and terrorists that the big Iranian nation will not hesitate to protect holy shrines," he said.

He said many people had signed up to go to Iraq to fight, although he also emphasized that Iraqis were prepared to defend themselves: "Thanks be to God, I'll tell the dear people of Iran that veterans and various forces - Sunnis Shias and Kurds all over Iraq - are ready for sacrifice."

Millions of Shi'ite pilgrims visit Iraq's holy sites each year. Iraqi government forces are holding out against Sunni fighters in the city of Samarra north of Baghdad, site of one of the most important Shi'ite shrines. The Sunni fighters have vowed to carry their offensive south to Najaf and Kerbala, seats of Shi'ite Islam since the Middle Ages.