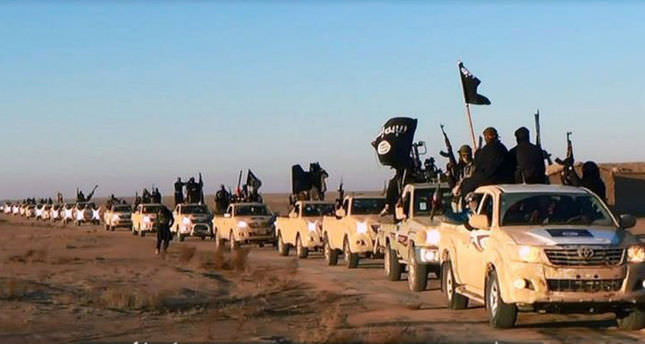 by Anadolu Agency Jun 18, 2014 12:00 am
The radical group surging through Iraq's heartland are flush with cash after looting a large bank in an oil-rich hub in the country's north, making off with nearly half a billion dollars, officials say.

According to the Daily News fighters from the Islamic State of Iraq and Syria seized around $450 million from a large bank and plundered large stashes of gold bullion during their sweeping takeover of Mosul this week, the city's mayor, Athier Nujaifi, told NBC News.

Though exact numbers were difficult to pin down, the stunning windfall appeared to make the Al Qaeda-inspired force the richest terror group in the world, NBC said.