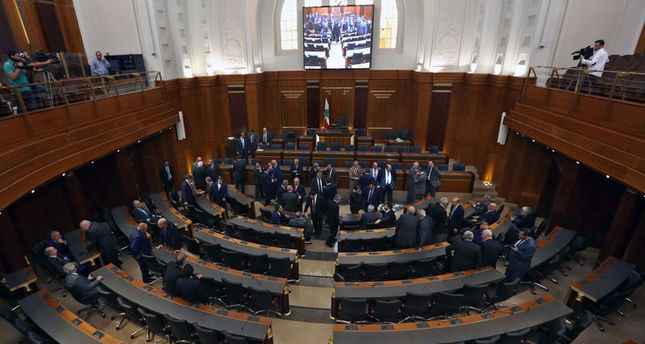 by AA Jun 18, 2014 12:00 am
Lebanese MPs on Wednesday failed – for the seventh time – to choose a new president to succeed Michel Suleiman, due to a boycott that prevented the assembly from reaching a required two-thirds quorum.

Only 63 out of a required 86 MPs attended Wednesday's parliament session amid deep differences among Lebanon's rival political camps over selection of a new president.

The assembly has so far been unable to complete the process of choosing a new president, with deputies representing the Hezbollah-led March 8 alliance continuing to boycott the parliamentary vote.

The alliance has refrained from officially backing either of the two candidates to have expressed an interest in assuming highest office, namely Lebanese Forces leader Samir Geagea and MP Henri Helou.