Saudis give apparent warning to Iran: don't meddle in Iraq 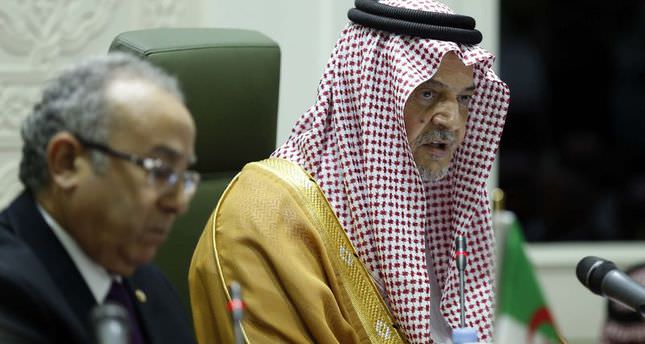 by Jun 18, 2014 12:00 am
Saudi Arabia gave an apparent warning to arch enemy Iran on Wednesday by saying outside powers should not intervene in the conflict in neighbouring Iraq.

Foreign Minister Prince Saud al-Faisal also said Iraq was facing a full-scale civil war with grave consequences for the wider region.
His remarks coincided with an Iranian warning that Tehran would not hesitate to defend Shi'ite Muslim holy sites in Iraq against "killers and terrorists", following advances by Sunni militants there.

The toughening of rhetoric about Iraq by the Gulf's two top powers suggested that Tehran and Riyadh have put on hold recent plans to explore a possible curbing of their rivalry across the region's Sunni-Shi'ite sectarian divide.

The Sunni-Shia edge to the Saudi-Iran struggle has sharpened in the last few years. The two see themselves as representatives of opposing visions of Islam: the Saudis as guardians of Mecca and conservative Sunni hierarchy, and Shi'ite Iran as the vanguard of an Islamic revolution in support of the downtrodden.

Iraq's Prime Minister Nuri al-Maliki, an ally of Iran, has appealed for national unity with Sunni critics of his Shi'ite-led government after a stunning offensive through the north of the country by Sunni Islamist militants over the past week.

Maliki has accused Saudi Arabia of backing the militants of the Islamic State of Iraq and the Sham (ISIS), who want to carve out a Sunni caliphate in the heart of the Middle East.