US to send security forces to Iraq due to security threats 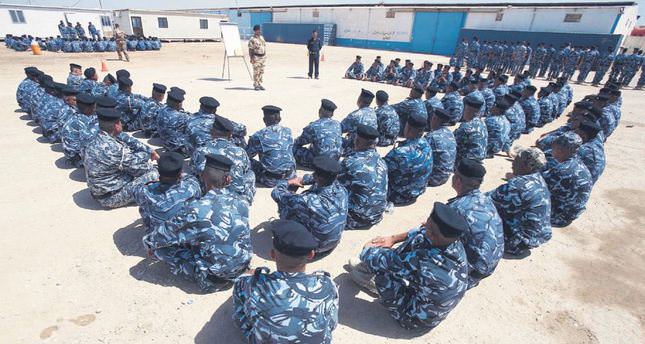 While heavy clashes between ISIS militants and Iraqi security forces approach Baghdad, the deployment of up to 275 millitary personnel to provide security to its assets in the country is seen as a sign of Americans returning to Iraq

Nearly 300 armed American forces are being deployed in Iraq to secure U.S. assets and to stop fast-moving Islamic insurgents.

According to AP reports, U.S. President Barack Obama met with his national security team on Monday evening to make a decision on an array of options including deployment of special forces or airstrikes for stopping ISIS militants' advance towards the capital city, Baghdad.
According to reports, the U.S. announced yesterday that up to 275 military personnel are to be sent to Iraq to provide security and support for U.S. personnel and its embassy in Baghdad. The reports also stated that 170 U.S. soldiers already arrived in Iraq were armed to fight ISIS militants. According to officials, about 100 additional military forces most likely in Kuwait, were put on standby in order to be used for airfield management, security and logistics support.

Considering the security threats in the region, the U.S. also announced yesterday that they would begin evacuating U.S staff from Baghdad and relocating them to safer areas due to ongoing violent advances by the militant group ISIS. It was announced that some staff will be sent to U.S. consulates in the southern port city of Basra, and the northern Kurdish regional capital of Irbil, both of which have been insulated from the recent unrest. Others would be flown to the U.S. embassy in Amman.

As militant groups bent on continuing their march forward, Iran and the U.S., old adversaries, share a common interest over the security situation in Iraq, favoring the stability of the region through the possibility of holding direct talks between the U.S. and Iran to resolve the crisis.

While Washington announced they are considering the possibility that Washington and Tehran might coordinate military operations in Iraq, Iranian officials denied yesterday that Iran had sent troops to Iraq to confront militants in the north of the country.

The chairman of Iran's Foreign Affairs and Defense Committee, Aladdin Burucerdi said "The terrorist group, ISIS, will certainly be defeated," adding that "The Iraqi government and the people, they alone have the power to counter terrorists and they do not need external intervention." However, Iranian security sources had announced last Friday that Iranian Revolutionary Guard forces helped Iraqi security forces to retake some of northern Iraq's key cities under control. It was also stated that Iran has opposed any possible foreign military intervention in the Shiite-led Iraqi government, asserting that Baghdad with considerable military support would be able to repel militants' attacks that endanger the Iraqi national unity.

According to the latest reports, the fast advance of ISIS militants has continued incessantly during the day. Iraqi government forces were engaged in heavy clashes with Sunni insurgents. As the insurgents come closer to Baghdad, the reports stated that the city of Baquba, just 60km (37 miles) from Baghdad was seized by the insurgents. During the heavy fighting between government forces and militants, 44 prisoners were reportedly killed at a police station in the city. With militants having declared they will push on towards Baghdad, there has been a growing security threat around the country.

The ongoing ISIS militants' onslaught has displaced hundreds of thousands of people especially in northern provinces after the takeover of Mosul by the militants, thereby sparking fears that the country would be torn apart.

Considering the fear for spreading violence in Iraq, UN Secretary-General Ban Ki-moon marked yesterday the increase in sectarian violence between Sunni and Shiia Muslims that was instigated by the ISIS heavy attacks. "I am deeply concerned about the rapidly deteriorating security situation in Iraq, including the reports of mass summary executions by the Islamic State of Iraq and the Levant," said Ban, calling for Iraqi government of Prime Minister Nouri al-Maliki to take measures for stopping the ISIS advance. The group aimed to establish a Sunni majority region covering Iraq, later expanding to include Syria. As the group has been acting independently, after al-Qaeda cut off all ties to ISIS in February 2014, it is claimed that the group has been maintaining a strained relationship with other rebels groups fighting the Assad regime in Syria. Regarding ISIS' strongholds in rebel-held and contested areas, the group has been disreputed due to their brutal attacks in a number of towns close to the Turkish border in the north of Iraq.