Iraq has split into three, Kurdish, Sunni and Shi'ite: KRG 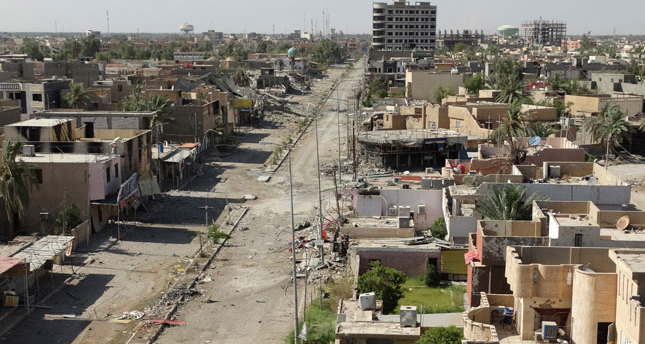 by AA Jun 20, 2014 12:00 am
The Iraqi army has effectively disintigrated and the country has now split into three - Kurdish, Sunni and Shi'ite - controlled areas, claims Fuad Hussein the Chief of Staff for Kurdish Regional Government (KRG). Hussein said that Iraq's oil-rich city of Kirkuk is under the control of Kurdish region. "Kurdish region is not in the favor of a war.

Turkey do not want a war either," he added. Hussein stressed that the sale of oil from northern Iraq through Turkey's Ceyhan Port will continue. Hussein added that the sales are accordance with the constitution. "Baghdad's only purpose is to prevent the sale. Baghdad does not want the Kurdish region to take its rights. Turkey has helped the Kurdish region to take this right," he added.

Northern Iraqi oil began shipment from Turkey's southern Ceyhan Port to international markets on May 22, without the agreement of the Iraqi government. The third ship is planned to sail on June 22. Meanwhile as part of a restructuring of the Iraqi army all generals will be retired, according to a statement from the Iraqi Prime Ministry on Friday.

The Iraqi government claims senior officers fleeing their posts during Islamic State of Iraq and al-Sham (ISIS) seizure of Mosul on June 10, were responsible for the city falling into the hands of the militants. Reserve generals and officers are to be deployed to support the remaining Iraqi forces, according to the statement. Meanwhile, Australia sends troops to Iraq, six months after pulling them out after eight years in the Iraqi War, to protect the country's embassy in Baghdad, stated spokesman for the defence minister David Johnston.
Last Update: Jun 20, 2014 6:22 pm
RELATED TOPICS