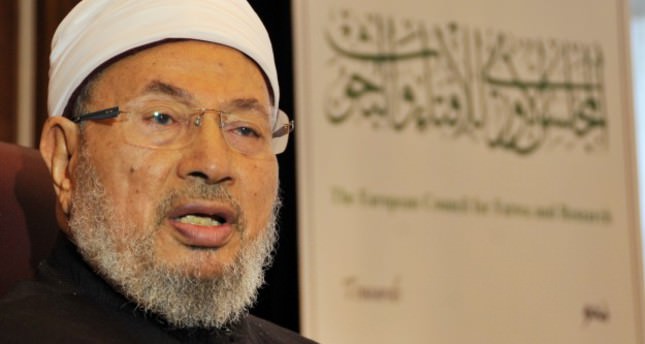 by AA Jun 20, 2014 12:00 am
The International Union of Muslim Scholars on Thursday called on Arab and Islamic countries to halt what it described as "aggression" against Iraq's Sunnis, advising these countries not to equate Sunni Islam with terrorism.

The Muslim scholars' union also denounced the practices of the Islamic State of Iraq and Sham (ISIS) militant group, which since late last year has spearheaded the fight against the Iraqi army, mounting its most ferocious attacks yet over the past two weeks.

"We reject attempts to smear the Iraqi people's uprising against oppression and marginalization," the union said in a statement signed by its head, renowned Muslim scholar Youssef al-Qaradawi.

It went on to urge Iraqis to unite against what it described as looming "sectarian" threats to the country.

Iraq entered a new phase of confrontation earlier this month when ISIS fighters advanced into the northern Nineveh and Saladin provinces, forcing the army to beat a hasty retreat.

The crisis – which remains ongoing – has drawn international attention, with neighboring Saudi Arabia, Kuwait and Jordan in a state of alert fearing the possible infiltration of their borders by the militant group.