Iraq requests to fill its gasoline gap from Turkey 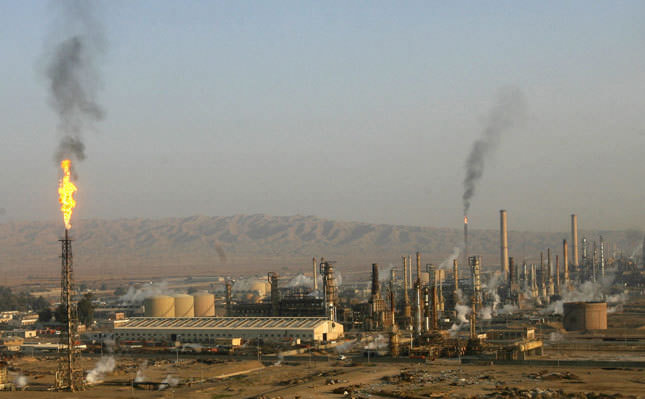 by AA Jun 21, 2014 12:00 am
Iraq has requested to fill its gasoline gap from Turkey following the shutdown of the country's biggest oil refinery amid clashes with armed insurgents, Turkish Energy Minister Taner Yıldız said Saturday.

He said that the closure of Baiji refinery created 4,000 tons of daily gasoline need in Iraq.

Militants led by self-claimed Islamic State in Iraq and al Sham, or ISIS, have extended its reach into Iraq since June 10, when they seized Iraq's second-largest city Mosul and soon afterwards took near-complete control of the cities of Tikrit and Tal Afar. ISIS also controls parts of Anbar province in the country's west.

On Wednesday, they seized the Baiji refinery, the largest oil refinery in Iraq. With oil production halted, long queues have begun to emerge in front of oil stations throughout the country.

Yıldız said Turkey's state-owned petroleum company TÜPRAŞ has the capacity to respond to Iraq's gasoline demands, however, the transportation will cause long queues of tankers at Habur border-gate which has limited capacity.

"Firstly, we will consult with our ministry of customs and trade," said Yıldız, stressing that the transportation would not be easy and would exceed the capacity of the border gate.