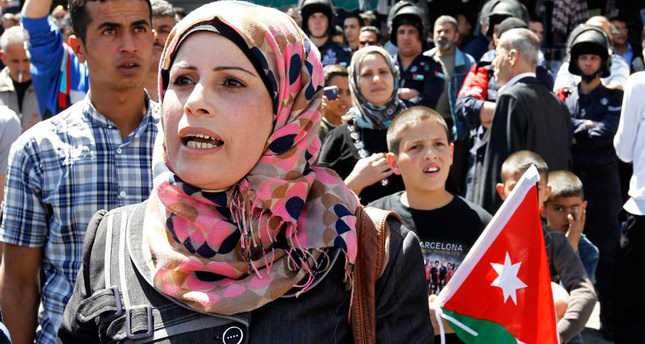 by AA Jun 21, 2014 12:00 am
Israeli police on Saturday banned 460 Palestinians from leaving the occupied West Bank through from Karameh crossing with Jordan for "security reasons".

All those banned hail from the West Bank city of Hebron, where three Israeli settlers went missing last week, the Palestinian police said in a statement.

According to the statement, most of those denied exit by Israel are under 50.

The ban comes amid a major Israeli search for the three settlers, which Israeli authorities accuse Palestinian group Hamas of abducting them.

No Palestinian group has claimed responsibility for the alleged kidnapping thus far, nor has Israel produced any evidence of Palestinian involvement.