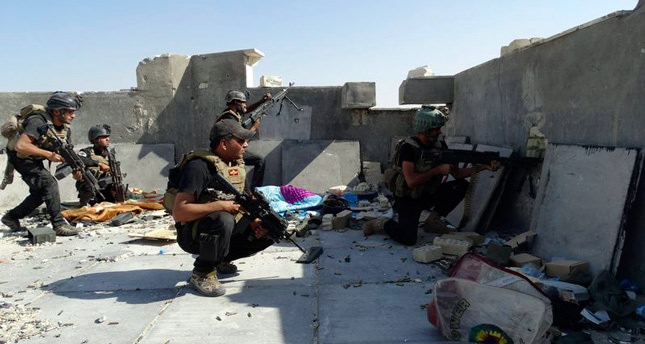 by Jun 21, 2014 12:00 am
ISIS militants have seized an Iraqi crossing on the border with Syria after a daylong battle in which they killed some 30 Iraqi troops, security officials said Saturday.

The capture of the Qaim border crossing deals a further blow to Prime Minister Nouri al-Maliki's government, which has struggled to push back against extremists and allied militants who have seized large swaths of the country, including the second largest city Mosul, and who have vowed to march on Baghdad.

Police and army officials said the Self-claimed Islamic State of Iraq and al Sham and allied militants seized the crossing near the border town of Qaim, about 320 kilometers (200 miles) west of Baghdad, after battling Iraqi troops all day Friday.

ISIS militants have carved out a large fiefdom astride the Iraqi-Syrian border and have long traveled back and forth with ease, but the control of crossings allows them to more easily move weapons and heavy equipment to different battlefields.

The fall of the border crossing came as al-Maliki faces mounting pressure to form an inclusive government or step aside, with both a top Shiite cleric and the White House strongly hinting he is in part to blame for the worst crisis since U.S. troops withdrew from the country at the end of 2011.