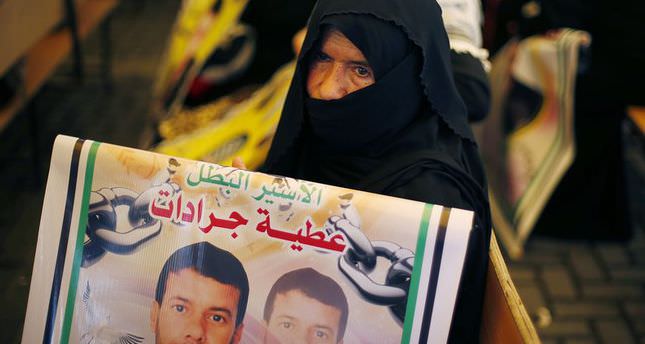 
A number of those who have been arrested were released hours later, according to the society's statement.


Most of those who have been arrested were taken from the northern West Bank cities of Hebron, Bethlehem and Jenin, the release said.


Earlier in the day, two Palestinian young men have been killed and others injured during clashes with Israeli forces which raided several parts of the occupied Palestinian territory in the early hours of Sunday.


The raids come as part of a search operation for three Jewish settlers who had gone missing earlier this month from a Jewish-only West Bank settlement near Hebron, spurring tension in the Palestinian territories ever since.


Following the Sunday clashes, hundreds of angered Palestinian young men attacked Ramallah's police station to protest against the absence of


In recent days, Israeli security forces have detained scores of Palestinians in the West Bank-including leading members, lawmakers and former

government ministers from the Gaza-based Hamas movement, which Israel has accused of kidnapping the three settlers.

Hamas, for its part, spurned the accusations.


No Palestinian group has yet claimed responsibility for the alleged kidnapping.

Around 5270 Palestinians, including 191 "administrative" detainees, continue to languish in jails throughout the self-proclaimed Jewish state, according to earlier reports by the Palestinian Prisoners' Society.