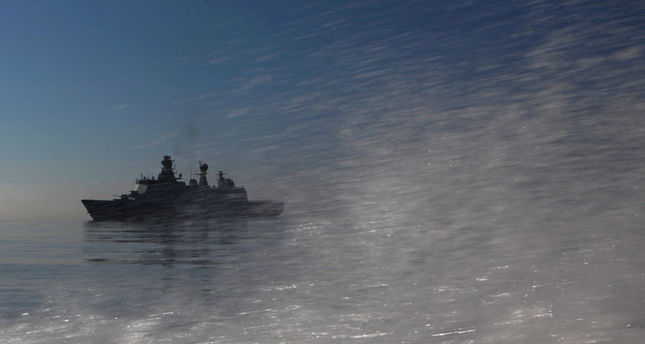 by Jun 23, 2014 12:00 am
The last of Syria's declared chemical weapons have been shipped from the war-torn country and are en route for destruction at sea, the world's chemical weapons watchdog said on Monday.

"As we speak, the ship (carrying the last chemicals) has just left the port (of Latakia)," Ahmet Uzumcu, head of the Organization for the Prohibition of Chemical Weapons, said at a press conference in The Hague.

"Removing the stockpile of precursor and other chemicals has been a fundamental condition in the programme to eliminate Syria's chemical weapons programme," Uzumcu said.

Syria had previously shipped out 92 percent of its stockpile of chemical weapons under the terms of a UN-backed and US-Russia brokered agreement last year.

But the remaining eight percent of the stockpile remained at one site and Damascus said it was unable to transport it to the port of Latakia because of security concerns.

"While a major chapter in our endeavours closes today, OPCW's work in Syria will continue," Uzumcu said.

"We hope to conclude soon the clarification of certain aspects of the Syrian declaration and commence the destruction of certain structures that were used as chemical weapons production facilities."

The Syrian foreign ministry confirmed that "the final cargo of chemical agents has today been taken outside Syrian territory."

The Dutch head of the joint OPCW-UN mission, Sigrid Kaag, hailed the end of "the most operationally challenging task within the effort to eliminate the Syrian chemical weapons programme."

"We hope that our contribution will ultimately make a meaningful difference for the Syrian people and the region," Kaag said.

Under last year's agreement Syria had until the end of June for the destruction of its chemical weapons, but it has been widely acknowledged that the deadline would not be met.

The deal was reached after a sarin nerve gas attack in a rebel-held Damascus suburb killed around 1,400 people. Damascus agreed to hand over its chemical arsenal after the US threatened airstrikes against President Bashar al-Assad's regime in response.