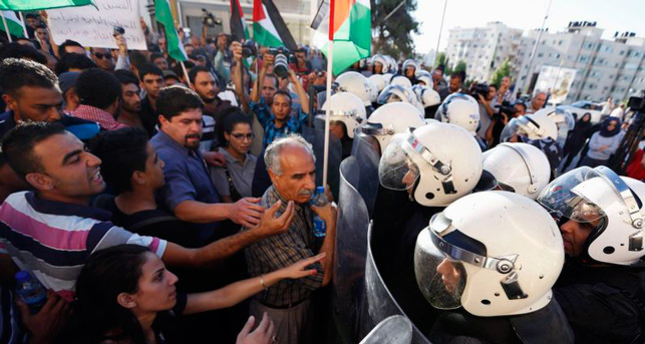 by AA Jun 24, 2014 12:00 am
The number of Palestinians detained during the ongoing Israeli crackdown on the West Bank rose to 529, a Palestinian NGO said.

The increase came after Israeli forces detained 61 more Palestinians on Monday as part of the Israeli search operation for three Jewish settlers who went missing in the occupied West Bank earlier this month, a statement by the Palestinian Prisoners' Society said.

Israel has since launched a massive search operation in the West Bank for the young settlers, detaining hundreds of Palestinians-including Hamas leaders, members of parliament and former ministers-in the process.

No Palestinian group has yet claimed responsibility for the alleged kidnapping.