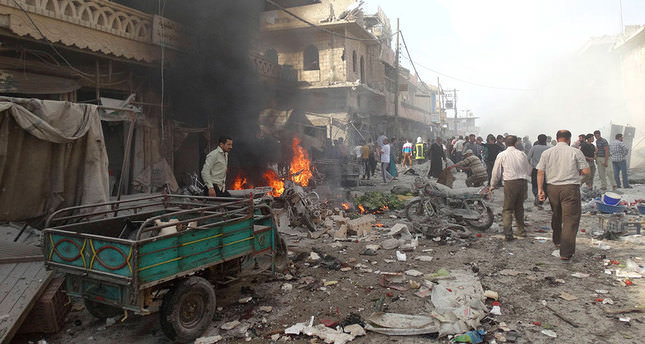 by AA Jun 25, 2014 12:00 am
Forty five people were killed and many others were wounded on Wednesday, as Syrian army forces conducted series of attacks in the northern Syrian cities of Aleppo and Raqqa, local sources say.

30 of those killed were in Raqqa, which is under the Islamic State of Iraq and the Levant (ISIL)'s control, Syrian Revolution General Commission (SRGC) said in a stament.