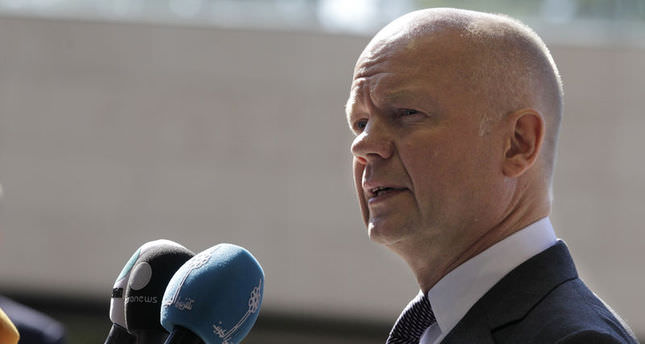 by Associated Press Jun 26, 2014 12:00 am
British Foreign Secretary William Hague has arrived in Baghdad to urge Iraqi politicians to unite against the "existential threat" from ISIS militants.

Hague said the country must form an inclusive government across sectarian lines to unite Iraqis against the self-proclaimed Islamic State of Iraq and the Sham, or ISIS.

According to a statement from his office Thursday, Hague said the militant group that has seized swathes of Iraq was a "mortal threat" to the country and threatened others in the region.

Britain has ruled out military intervention, but Hague said it would provide "diplomatic, counter-terrorism and humanitarian support."

Hague is due to meet with embattled Prime Minister Nouri Al-Maliki, Kurdish regional President Masoud Barzani and other political figures.

Al-Maliki is under pressure to step down and form an interim unity government.