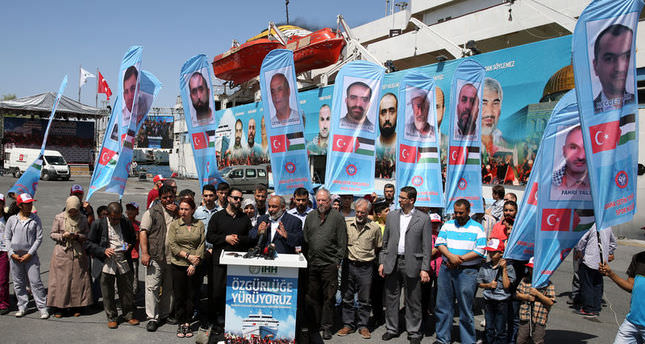 by Jun 26, 2014 12:00 am
Swedish prosecutors launched an investigation Thursday into whether laws were broken in 2010 and 2012 when Israeli soldiers boarded pro-Palestinian vessels shipping humanitarian aid to Gaza.

The raids affected 22 Swedish nationals on board the vessels,including author Henning Mankell, known for his best-selling crime novels.

Prosecutor Henrik Attorps said the preliminary investigation centred on allegations of aggravated assault, illegal threats and failure to protect civilians affected by armed conflict - as stipulated under the Geneva Convention - as well as theft.

Allegations of hijacking or unlawful detention were not being investigated, he said.

No suspects have been identified, the Prosecution Authority said,adding that government approval would be necessary if formal charges were to be presented.

The complaint over the Israeli military's actions - which occurred in international waters and therefore falls under international law -was filed in November 2013 by the activist group Ship to Gaza and almost two dozen Swedish nationals.

"We are happy, and it's about time since the first crime took place four years ago," Dror Feiler, a spokesman for Ship to Gaza, which is part of the Freedom Flotilla which aims to raise awareness bybreaking Israel's sea blockade of the Gaza Strip.

Israel has imposed a blockade on the Gaza Strip since 2006. Thecoastal enclave, home to some 1.5 million Palestinians, is ruled by Hamas, which Israel considers a terrorist organization.

The blockade was eased in 2010 after eight Turkish passengers and one US citizen were killed during a raid to stop a flotilla bound for Gaza. The incident drew international condemnation and strained Israel's ties with former ally Turkey.

Some of the Swedish nationals who filed the complaint were on other vessels in the 2010 flotilla.

Others were on the Finnish-flagged Estelle that was intercepted in October 2012. Its cargo included 41 tonnes of cement, medical equipment, children's books, musical instruments and 300 footballs.

The activists were deported after questioning.