Watchdog: At least 160 Iraqis killed by ISIS in Tikrit 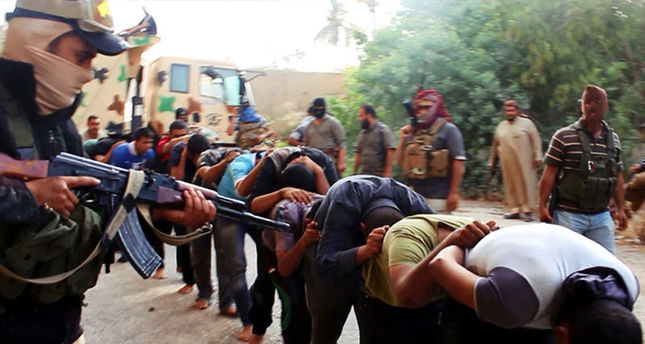 by AA Jun 28, 2014 12:00 am
Human Rights Watch said Friday that militants led by self-claimed Islamic State of Iraq and al Sham have killed at least 160 people in Tikrit, the home town of former president Saddam Hussein.

Peter Bouckaert, emergencies director of the rights group, said photographs released by the militants and satellite pictures showing their violence acts across Iraq constituted strong evidence of war crimes that should trigger an initial investigation.

The killings took place in two neighborhoods in Tikrit between June 11 and 14, said Bouckaert. He put the death toll at 160 to 190 people and said the exact number might increase due to the difficulty of determining where the bodies were.

Meanwhile ISIS backed by tribal fighters, claimed to have executed about 1,700 Shia Iraqi troops by shooting in Tikrit on June 12 and released the alleged photos of the killings on a website.

The Iraqi army's spokesperson, Qasim al-Mousavi, confirmed the authemticity of the images.

ISIS militants have made advances in the country since June 10, and have seized Mosul and a number of other cities and towns in the north and west.