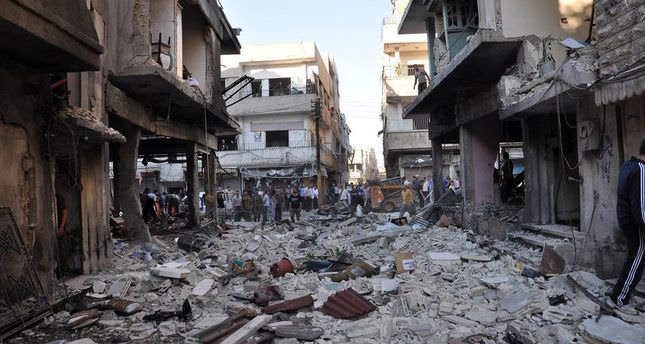 by Associated Press Jun 29, 2014 12:00 am
Syrian activists say up to 7,000 people, mostly rebels fighting to overthrow President Bashar Assad, have been killed in infighting among rival Islamic groups across the opposition-held territory in the north.

The Britain-based Syrian Observatory for Human Rights says it has documented 7,000 deaths as a result of the rebel-on-rebel violence since it erupted in northern Syria in January. The Observatory says its activists on the ground have the names of 5,641 rebels who have been killed in infighting. The names of another 1,200 dead fighters have not been confirmed, the Observatory said Sunday.

The death toll also included 650 civilians who got caught in the crossfire of the al-Qaeda-linked Nusra Front and its rival group, the self-proclaimed Islamic State of Iraq and Sham.