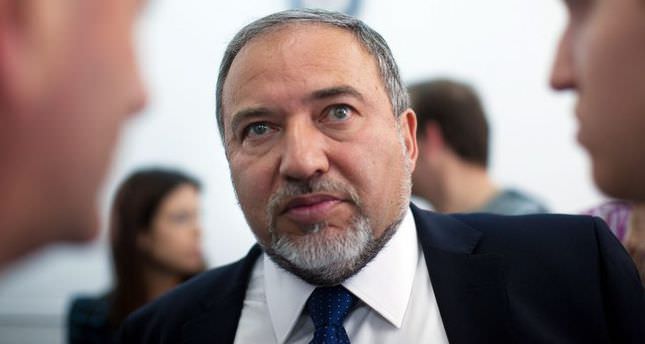 by AA Jun 29, 2014 12:00 am
Israeli Foreign Minister Avigdor Lieberman on Sunday called for reconsidering the reoccupation by Israel of the Gaza Strip, a Palestinian enclave populated by around 1.8 people, following what he described as a surge in rocket attacks on Israel.

Lieberman was quoted by Israel Radio as saying that the reoccupation of Gaza would be more convenient than small-scale operations against the Palestinian resistance movement Hamas.

A few hours before Lieberman made these remarks, Israeli warplanes launched strikes against 12 targets inside the blockaded Gaza Strip, including ones belonging to Qassam Brigades, Hamas' armed wing.

Israeli chief of staff Benny Gantz met earlier Sunday with army generals to assess the security situation on the border with the Gaza Strip.

Israel Radio quoted one army general as saying that Gantz had issued orders to intensify reaction to rockets fired from Gaza.

Israel holds Hamas responsible for the firing of the rockets, even if the Palestinian group did not fire them itself.

Israel has been blockading Gaza since 2006 when Hamas swept the legislative elections and formed a new government.

Hamas controlled the coastal enclave until the formation of a Palestinian unity government earlier this month following a reconciliation deal with rival Fatah.