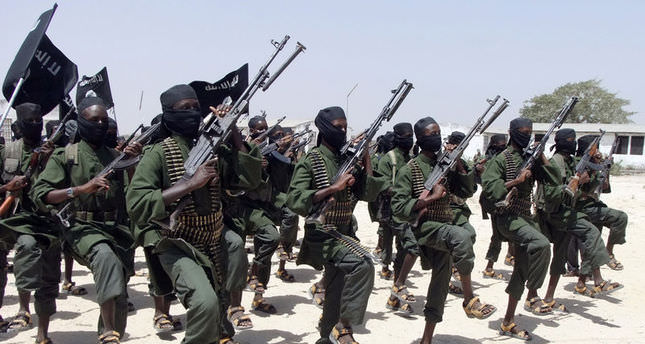 by Associated Press Jun 29, 2014 12:00 am
Al-Qaeda-linked Shebab militants have warned they will step up attacks in the Somali capital Mogadishu during the holy month of Ramadan, which started on Sunday.

In an audio message released on the Shebab-controlled station Radio Andalus and also on a website, the group's commander in charge of Mogadishu operations, Sheik Ali Mohamed Hussein, said the time had come when violence will be at a peak.

His statement came just a few hours after the Somalia government deployed dozens of heavily armed police on key streets and roads in Mogadishu to counter attacks.

"The attacks will increase and explosions will continue, Mogadishu will remain a frontline and even worse than ever," said Sheik Ali Mohamed Hussein.

Somalia president Hassan Sheik Mohamud, who appeared on national television to mark the beginning of Ramadan, said his government will do whatever it takes to stop the threats posed by the group during the holy month.

"I want to tell you that we have outlined a plan called 'break your fast in peace' to deter violence. We know the violent elements are planning to obstruct people from peacefully practising their worship but we will counter them with force so that people will fulfil their religious obligations in peace," the president said.

Dozens of policemen armed with machine guns were seen manoeuvreing in the main streets of Mogadishu searching civilian transport.

"We are putting a lot of effort into ensuring security during Ramadan. The reaction unit was created under the government Ramadan security plan and we will continue pursuing the violent elements to stop them from going ahead with their violence as planned," he said.

"There is no need for gatherings at the Lido ... the beach will be closed down for entertainment during Ramadan so that people will not need to come," he added.

Despite the government's assurances, many residents still remain fearful.

"The idea of deploying police to conduct search operations is good and helps reduce attacks but I believe that Al-Shebab will still manage to hit key targets during Ramadan. They have vowed and these guys are good at keeping their word," said one resident from Mogadishu's Waberi district, Hassan Osman.

Another, Ahmed Yusuf, said: "We are really worried. You cannot be relaxed simply because there is police out there when you know the threat is more sophisticated and real.

"Al-Shebab wants to scale up violence during Ramadan and that is what they do every year. You never know when they will strike and you can be among the casualties."