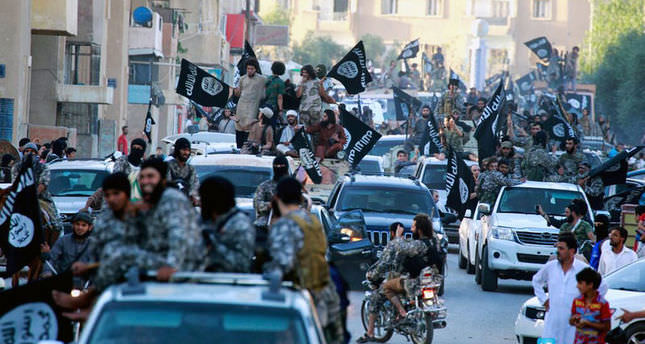 by Daily Sabah Jul 02, 2014 12:00 am
Militants of self-proclaimed Islamic State of Iraq and al-Sham (ISIS) are threatening not only neighboring countries but the world as they have recently released a video in Spanish claiming that they will take Spain back and promise to expand their so-called caliphate from Spain to China.

In the video, two militants speaking in Spanish state that they will reclaim al-Andalus, the "land of our forefathers" and swear to plant their flag here. The radical remarks created huge repercussions in Spain as it directly threatens the state and the danger was announced through various Spanish TV channels while newspapers suggested the ISIS' warning be taken seriously and took readers' opinions. The country is deeply concerned by the warning as Spain's interior ministry had released a statement last month stating that around 50 people from Spain crossed over to Syria through Turkey to join the militants.

Al-Andalus was a medieval state in the Iberian Peninsula governed by Muslims, where many religions, cultures and races coexisted but it fell to Christians in 1492.

On the other hand, ISIS has also released a new map on Twitter outlining the territory they want to take control of within the next five years. The map shows the so-called caliphate spanning from Morocco called "Maghreb", to the borders of China and includes parts of Europe extending to Austria. Many note that the map does not use contemporary global political distinctions, thus making it unclear if they include parts of China in the so-called caliphate.

It is claimed that the release of such threatening propaganda to the world is to intimidate Iraqi and Syrian soldiers. For instance, images such as the recently released pictures of nine men who have been crucified for "not being extremist enough in their commitment to so-called jihad" pose an imminent threat to those who disobey the ruthless militants of ISIS. 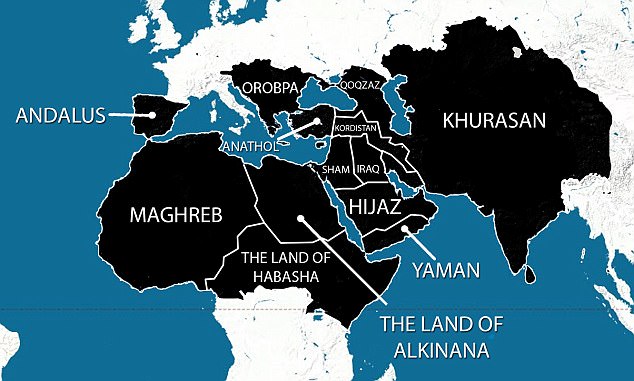